Countries like Rwanda, Ghana and Kenya were among the first to get the agreement approved by their national parliaments; including Ethiopia and the Gambia, whose parliament passed the bill on April 7th, 2019, AfCFTA is now ready for implementation obtaining approval of 22 countries parliaments.

After many years of discussions 44 African countries have signed the AfCFTA agreement in Kigali, Rwanda in March 2018.
For the agreement to be executed at least half of the signatory countries have to confirm it by their national legislative bodies within a period of one-year.

Learning from the successes and challenges of these sub regional economic blocks, member states of the African Union have been pushing for the establishment of African Continental Free Market Area (AfCFTA) led by the African Union Commission (AUC) and supported by the UN Economic Commission for Africa (ECA), among others.

More countries are likely to confirm the AfCFTA in the coming months according to the United Nations Economic Commission Executive Secretary whose organization has been involved in calculating the benefits and challenges the AfCFTA brings to African countries and the people of the continent in both short and long term.

In simple terms the AfCFTA is just opening the borders of African countries for African businesses and enabling the free movement of goods and services from one country to another.
In other terms as one feature of easing trading goods, the AfCFTA allows an Ethiopian trader with goods as small as 1,000 can transport and sell in Kenya or South Sudan and easily repatriate his money legally and with ought inconvenience.

AfCFTA is likely to create more jobs in the manufacturing sector of Africa and increase the trade volume of Africa with itself.
Since, the AfCFTA guarantees primarily agreed up on low tax on African goods, it is likely to stimulate African entrepreneurs to progress into the manufacturing sector to produce products for the biggest free trade bloc in the world with over 1.2 billion populations.

What does the AfCFTA means for African small or big businesses and consumers. Acquiring big market easily means for the manufacturers using their 100 percent production capacity to meet the demands or even extend their capacity.
For the consumer it means more options for goods such as consumer products etc.

The AfCFTA makes the lives of African businessmen and businesswomen just like one Ethiopian trader from Welega can easily come to Addis Ababa to buy truck full of goods.

The other element of the AfCFTA trading in services. Here also the same rule applies. A Kenyan ICT professional can easily come to Ethiopia or Ghana and to do business and repatriate his money easily without any further inconvenience.

The AfCFTA will cover a market of 1.2 billion people and a gross domestic product (GDP) of $2.5 trillion, across all 55 member States of the African Union.
In terms of numbers of participating countries, AfCFTA will be the world’s largest free trade area since the formation of the World Trade Organization.

It is also a highly active and energetic market. The population of Africa is projected to reach 2.5 billion by 2050, at which point it will consist 26 per cent of what is projected to be the world’s working age population, with an economy that is estimated to grow twice as rapidly as that of the developed world.

With average tariffs of 6.1 per cent, businesses currently face higher tariffs when they export within Africa than when they export outside it.
AfCFTA will progressively remove tariffs on intra-African trade, making it easier for African businesses to trade within the continent and serve to and benefit from the growing African market.

Combining and merging this continent into one trade area provides great opportunities for trading enterprises, businesses and consumers all over Africa and the chance to support sustainable development in the world’s least developed region.
ECA estimates that AfCFTA has the prospective both to increase and improve intra-African trade by 52.3 per cent by removing import duties, and to double this trade if non-tariff barriers are also decreased.

The good thing about the AfCFTA is the execution process will take gradual steps and needs several years till it is fully executed.
The creation of a continental African market union over several years among others needs proper infrastructures that link African countries.
Roads, railway and air connectivity are believed to play critical role in speeding the full realization of the AfCFTA. 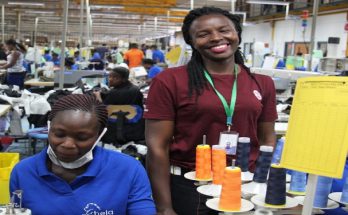 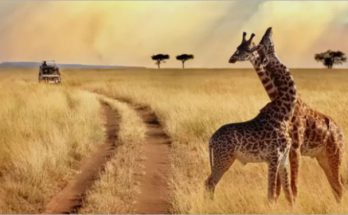 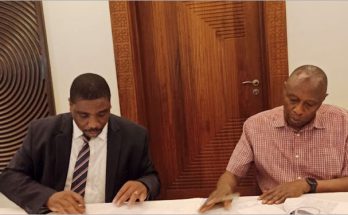