“Let there be light,” and a stretch of the Tubman Boulevard in Paynesville, Montserrado County, Liberia, as soon as possible illuminated the impenetrably dark surroundings on orders by the President of the Republic, George Manneh Weah.

The Liberian Leader made the assertion on October 1, 2020 at one of many ceremonies to commemorate his 54th birthday, mimicked the Genesis 1 authority of the Almighty God when He created Light and Day. The only difference was that the President’s orders followed a prior plan and promise to the people of Liberia that he would take away darkness from communities during his tenure as President.

The first part of the President’s promise benefits communities, specifically between ELWA Junction and Samuel Doe Boulevard in Paynesville, and additional works toward Central Monrovia and other parts of the city are in accelerating pace to achieve results before this year’s Christmas festivities.

“Today is a clear example of what is in stock for Liberia,” the Chief Executive said amid jubilation greeting the spontaneous burst of electricity in a corridor of Paynesville. “Much more is to come as we provide streetlights, working with the LEC to light up 80 more communities soon.”

The President Added further: “I have already authorized the payment of Two Million United States Dollars to LEC to cover the city of Monrovia with electricity, and I am happy to showcase this promise into practical reality on my birthday.”

“I promise to do my best, as your president. Only my best is required,” the President said, thanking the people of Liberia for reposing their confidence and trust in him to serve them.
He also used the occasion to symbolically switch on the new street lights being planted around Monrovia to cheers from hundreds of onlookers.

The Liberian Leader has additionally conveyed his profound and heartfelt appreciation to First Lady Clar Marie Weah who he described as his source of strength and the pillar of his family. He thanked the First Lady for the wonderful celebration and always being by his side. 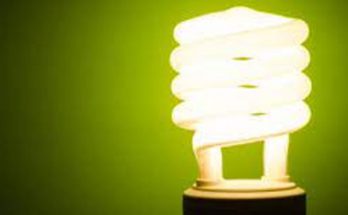