The financing package with ACWA Power is for the construction of the largest private solar plant in Egypt.
The development of the Kom Ombo solar plant will add 200 megawatts of energy capacity, increasing the share of renewable energy in Egypt’s energy mix and further promoting private sector participation in the Egyptian power sector.

The new Kom Ombo solar plant will be located less than 20 km from Africa’s biggest solar park, the 1.8 GW Benban complex. Once operational, the new utility scale plant will serve around 130,000 households.

ACWA Power submitted the lowest tariff in what was the 1st solar PV tender in Egypt. The provision of solar energy through a public tendering process targets to achieve a competitive tariff and promote the growth of solar energy as an affordable alternative to conventional energy sources.

Private-sector participation in the Kom Ombo project is the result of successful policy dialogue with the Ministry of Electricity and Renewable Energy and the Egyptian Electricity Transmission Company (EETC), as well as a USD3.6 million technical assistance programme, co-funded by the EBRD and the Green Climate Fund, to support the EETC in administering competitive renewable energy tenders.

In addition, the project has also benefitted from broader energy sector reforms supported by the AfDB in recent years to scale up the involvement of the private sector.

Odile Renaud Basso, EBRD President said: “We are glad to team up again with ACWA Power in Egypt, after our successful partnership in Benban, to promote renewable energy in Egypt. Increasing the production of clean energy is an important step to reducing carbon emissions and addressing climate change.”

Abdulhamid Alkhalifa, OPEC Fund Director-General said: “We are very happy to contribute to Egypt’s efforts and strategy to expand its generation capacity in the renewable energy space. Kom Ombo will be our 3rd project with ACWA Power and it exemplifies great cooperation between government, development finance and private sector actors.”

Kevin Kariuki, AfDB’s Vice President in charge of Power, Energy, Climate Change and Green Growth said: “The Kom Ombo solar plant project is a truly remarkable transaction. It not only clearly demonstrates the indisputable competitiveness of solar PV vis-a-vis conventional sources of generation, but it also directly contributes towards the realization of Egypt’s ambitious renewable energy targets, in addition to being an excellent example of what shareholders driven by a shared objective can achieve.”

Paddy Padmanathan, President and CEO of ACWA Power, said: “ACWA Power is honored and proud to lead the realisation of the Kom Ombo PV project. Kom Ombo PV is the 4th project in ACWA Power’s Egyptian portfolio and the conclusion of this financing demonstrates the confidence in the Egyptian government’s ambitious renewable energy plans, being implemented through private-sector participation.”

Nemeh Sabbagh, CEO of Arab Bank, said: “Green financing is one of our strategic focus areas and Egypt is a core market for Arab Bank Group, where we have been operating since year 1944.”

The Kom Ombo plant will contribute to the Egyptian government’s target to generate 42 per cent of the country’s electricity from renewable energy sources by year 2035 while delivering one of the lowest generation tariffs on the continent. 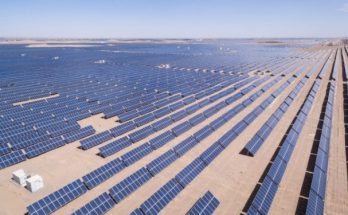 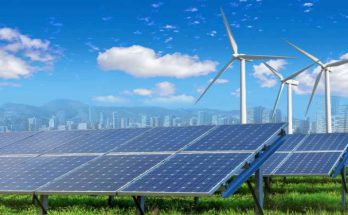 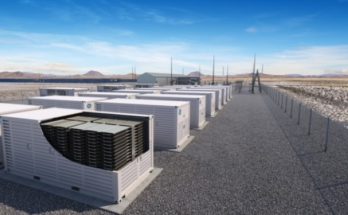