The Kenyan mining sector is at a blossoming stage and the ministry is functioning on a law that will assist in defining the sector and link amongst diverse players together with the government, artisanal miners, mining companies and investors.

A study to map Kenya’s mineral deposits is continuing with phase 1 of the project likely to conclude in about a month’s time. While speaking at a virtual session looking at the country’s mining industry, Andrew Kamau the Principal Secretary Ministry of Petroleum and Mining mentioned that the survey pursues to regulate the number of underground minerals.

Kamau stated, “It’s a journey that takes longer but we want to work with investors to discovery a solution that works for everyone’’.

He further added that being a mining house comes with its own challenges and as government, we have to think about a number of things, together with sustainability in order to future-proof the sector and get the paramount of it.

”An aerial mapping to determine the country’s mineral wealth was 50 per cent complete, with the implementation anticipated to be wound by June this year’’. Kamau added.

He also stated that only 4 per cent of the country is mapped, yet data from the aerial survey was vital in boosting investments into the sector.

Chairman of the Mineral Rights Board (MRB), Stephen Kuria mentioned that the country’s mineral sector has the prospective to boost the economy considerably if well tied together.

Kuria further highlighted that mining, which has the potential to subsidise up to 11 per cent of Kenya’s GDP presently contributes only 1 per cent with the sector primarily run by two giant corporates, which contributes Sh67billion to the country’s GDP.

Kenya has confirmed deposits of titanium, gold and coal and is also agreed to hold major deposits of copper, niobium, manganese and rare earth minerals.

President Uhuru Kenyatta in the past created the Mining Ministry in 2013 to try and expand the east African economy that depends mainly on tourism and agriculture. 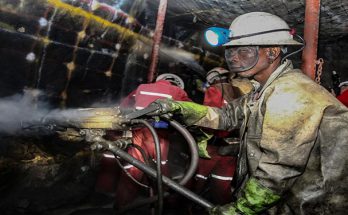 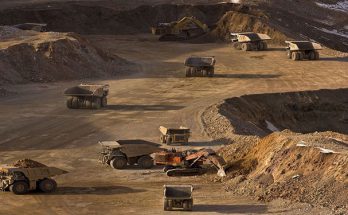