Considering Africa’s potential of generating enormous solar power, the current situation in the continent is gruesome and actually quite opposite considering the energy generation. Over640 a million people in Africa do not have access to energy, while only 40% of people have electricity connections. However, the per capita consumption is significantly lower at 180 kWh, while it is at 14000KWh in the US and 7500kWh in Europe.

It is quite difficult for people in the continent to at least the hospital without any major power breakdown. However, the use of alternative fuels such as wood-burning accounts for major deaths due to accidents and other operations.

To overcome the situation in Africa, several NGOs and companies need to buckle up and improve the infrastructure collectively. In a step ahead, Bluetti is now moving ahead by providing access to solar power for free to over 1,000,000 families by 2026. being a leader in the off-grid power industry, the company is offering its expertise to overcome the energy crunch in Africa.

Under the Project LAAF – Lightning An African Family, the company has launched its 5-year action plan by powering the first African family Nigeria with electricity. A house of a poor woman living with her 5 children in the Soweto Kibera in Nigeria got electricity in a shanty room. A solar panel with a power storage system is now present in his home due to Bluetti.

The aim of clean and renewable energy now help families living in far-fetched areas to get electricity. It is a great step put forth by Bluetti to access free electricity in Africa.

Why Africa Is Moving Towards Led Light Bulbs 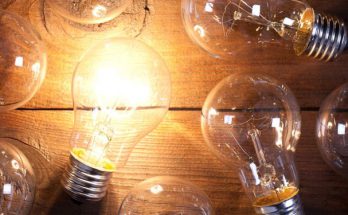