The construction of Standard Gauge Railway (SGR) project from Dar es Salaam to Morogoro has reached 42 per cent whereas construction of the Makutupora-Tabora section stands at six per cent.

Executive director of The Tanzania Railways Corporation (TRC) Mr Masanja Kadogosa, told a popular newspaper company on the sideline of a meeting on “sixth capstone course” that brought more than 50 senior government officials from the mainland and Zanzibar.

Tanzania signed an agreement with Portuguese and Turkish firms to construct the Dar es Salaam- Morogoro stretch at Sh2.7 trillion, which is expected to be completed by 1st November this year.

Mr. Kadogosa said, “So far the construction progress is on the right track . We are optimistic that we are going to finalise the Dar-Morogoro section within the next 10 months”.

Mr Kadogosa stressed that they have finished a lot of underground work and that the main work left is the installation of railway sleepers and fibers.

The country plans to dispose $14.2 billion over the next five years to build the 2,561 kilometre-SGR connecting its main port of Dar es Salaam to land-locked neighbors namely Uganda, Rwanda and the Democratic Republic of Congo.

The construction of the project is divided into four phases and has been assigned separate tenders to design it.

In July, 2016 through its Exim Bank, China agreed to advance Tanzania $7.9 million for the railway project, despite its key contracting firms having been omitted from the project. 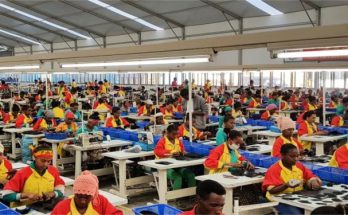