Local motor vehicle assemblers are optimistic about the restored efforts to perk up the industry that has been in a descending direction for close to four decennium after Kenya opened imports for used cars.

The Automotive Policy, which is still being processed for implementation, has given the assemblers a new lease of life after years of low capacity production characterised by stiff competition from imports preferred for their budget pricing.

Although still facing criticism for purportedly pushing the policy down the throats of second-hand motor dealers and ignoring possible job losses and making car ownership a reserve of those with the financial muscle, vehicle assemblers who spoke to the Business Daily believe there is still room for car ownership for those with thinner budgets as well as room for the second-hand car dealers almost in the same scale they are operating at currently.

The government is banking on the new policy to help it address the challenges affecting the vehicle industry, including the lack of dedicated legal, institutional regulatory framework, importation of parts by franchise holders instead of obtaining from local parts manufacturers and influx of used fully built units, among others.
The assemblers also believe the new policy, which reduces the age of used cars for those wishing to drive cars with engine capacities above 1800 cc, is a critical turn Kenya has to make if it eyes industrialisation and reduction of unemployment.

According to Toyota Kenya chairman Dennis Awori, there is even a better potential to create more jobs with increased assembly of cars within the country with potential of attracting many other manufacturing segments associated with car assembly.

“Any expansion of the industry will create quality jobs. With about 4,000 people already employed just to serve between 10,000 and 18,000 cars a year we will be employing much more if this potential is realised even just a little bit more to say 34,000 vehicles. Through the policy we estimate that for every one job we create five jobs in the value chain,” Mr Awori said.
Toyota Kenya, which assembles the Land Cruiser pick-up trucks and three Hino truck models, is expected to add the Hillux to its list of locally assembled cars later this year as the industry embraces positive policy signals also contained in the 2019/2020 budget where the government will start buying only locally assembled cars.
For Simba Corporation executive chairman Adil Popat, the policy interventions are long overdue, with a need to return Kenya’s motor assembly status to its former glory increasingly becoming unavoidable.

Mr Popat said the approach that the new policy takes is wholly cognizant of the need to cause minimal disruption to the market as it is with the second-hand car dealers brought on board even as Kenya moves towards the newer vehicle regime.

He said the newer cars will also benefit the country’s going environmental protection initiatives with less emissions as well as provide a better experience for buyers.
“This is an environment that was already envisioned in 1979 but Kenya dropped the ball by opening up the market for floods of used motor vehicle imports. We are not touching the mwananchi car because those who import the cars below 1800 cc will not have any policy change yet. When we come up with the viable alternatives to this segment then we will see how that turns out, but with just 20 percent of our capacity, the manufacturing agenda may need better focus on motor vehicle sector since all sectors require transport,” Mr Popat said.

He believes there will be new jobs emerging from the expanded local assembly and which will attract one car model and brand after another and catapult Kenya into the league of other assembling markets like South Africa, Egypt, Morocco, India, Thailand, Indonesia and Brazil who also started assembly plants almost at the same time as Kenya.

Back in the 70s, the government invited assemblers for partnership to set up plants with capacity to satisfy regional demand and contribute to economic growth through wealth creation, employment and technology transfer. The assembly market had a raft of tariff protection until the 90s when cheaper used cars were allowed into the country.

Kenya has three Assembly plants: AVA in Mombasa, KVM in Thika and Isuzu EA in Nairobi. They yield well over 12 brands and 50 models of motor vehicles in Kenya.

“We also expect other local content manufacturers like those who make springs, filters, shocks, brake linings, glass and radiators. These all have a ripple job creations effect and will create more skills transfers. This policy is good in supporting industrialisation and Kenya can now take advantage of the regional market,” Ms Kaveshe said.

The promotion of the local assembly is also expected to gradually develop special customisations of the vehicles for the local market, including language. The assemblers say the argument that Kenya will just be importing parts and assembling instead of manufacturing does not make sense since even the advanced motor markets only assemble while the manufacturers of the parts follow markets where the assembly plants are established, making this policy move a step towards attracting the manufacturers in the long run.

Other African countries have been taking similar steps in the recent past. In 2013, Nigeria for example moved to pass a new tax regulation for second-hand cars in order to harness its automotive assembly potential and encourage local production.

It introduced tariff rates of up to 70 per cent on imported Fully Built Units, among other measures. 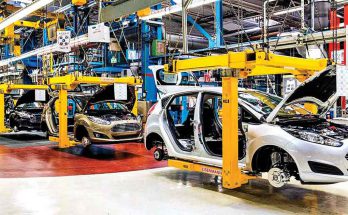 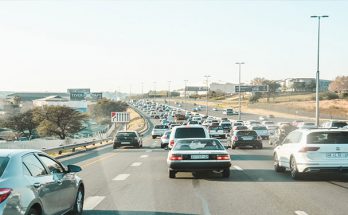 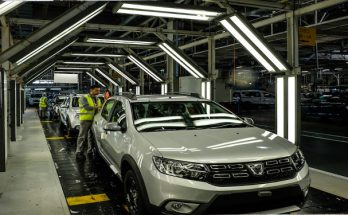