The collaboration being ratified will see farmers benefit from KALROs nut technologies while ENP will procure over 90 percent of raw materials of produce from the farmers.

This includes macadamia nuts, cashew nuts, peanuts, maize, soybeans and sorghum which will be processed and value added into consumer food products.

Kireger noted that majority of the nut crops introduced into the country have aged, and now produce low yields with poor nut quality.

However, Kireger said that crop improvement programmes undertaken in their research institutes have resulted in development of improved varieties of the main nuts in the country.

Other varieties, he added are improved cashew nut varieties and Macadamia clones recommended for commercial production.

Currently, he added, producers are experiencing poor farm-gate prices mainly due to poor marketing channels while majority of the smallholders have poor access to local and international markets due to lack of the necessary infrastructure.

The DG however noted that despite KALRO’s efforts, the biggest challenge facing productivity in the nut industry is that farmers still use poor yielding planting materials and varieties, have scanty knowledge on suitability of superior clones’ agronomic processes, technologies for effective pest and disease management and also markets.

“Interaction between extension and research is also limited resulting to inefficiency of nuts technology transfer to our farmers,” Kireger said.

The DG noted that Farmers must be assured of the market for their produce as that is the biggest challenge and gave an example where KALRO has now over 9 varieties of Soya seeds that has not been utilized by farmers and yet Soya crop is currently being imported from Uganda.

“Farmers need a lot of support and we have to look for a way of providing information beyond relying on extension only at the counties,” the DG said noting that KALRO has started developing online application for information to farmers.

At the google Play Store, KALRO has over 30 Apps showing the various technologies in the area of new varieties and another 28 Apps are coming up especially on the horticultural products, Kireger explained

‘’Scientists are passionate on what they do and that is providing information and technology to farmers but they are handicapped because the information is not getting to the farmers who are supposed to benefit,” he said.

The MOU signed today , Kireger said help link the farmers to the market as a driver but quickly added that markets requires quality, safe food and this can only be done through planting the right varieties at the right place using good agricultural practices.

Kireger said that as the country moves to support farmers to produce soya, the challenge that needs to be sorted out is the availability of quality seeds because viability of soya seed is very short such that after harvesting within 6 to 9 months one must have taken it back to farmers for planting.

Dr. Moses Mwangi, CEO of fortified Food division of ENP said since they started manufacturing fortified blended food from corn, soybean and sorghum, they have had the challenge of getting sustainable supply of safe raw materials.

Soybean, he explained is a major component and key raw material for fortified foods and yet Kenya which can be able to produce is still importing from Malawi and Uganda.

“We are forced to import soy beans every year. Our desire is however to work with farmers from this country and through this MOU we would like the farmers to benefit from the technologies from KALRO, “ he said.

There is need for adequate sustainable supply as we have people in the field and also industries that are manufacturing animal feeds and need soya,”he said.

This MOU, Dr. Mwangi said is therefore a quick win for farmers since there is ready market for Soya which can be grown within a span of 3 months especially now that KALRO has various researched varieties that can be used.

He assured farmers that ENP were ready to contract them with a guaranteed price once they produce soya and also be able to buy their produce in cash.

James Wachira, Chairman of ENP said signing an MOU will guide especially the company through supporting commercialisation of the research as they aspire to be a food company.

“We have an industrial park in Maragwa, Muranga County that we intend to make a food company. So far we have macadamia and blended food but essentially we want to supply value added foods to Kenyans,’’ he said.

Wachira noted that 90 percent of food business is in agricultural raw material and yet most companies find themselves spending billions of shillings importing materials that can be easily grown by local farmers .

“ We need to assist farmers to grow the right varieties of crops, help in soil analysis and also support governors to take up the issue of extension so that farmers can be able to understand what to grow instead of using trial and error by planting varieties with no research base,’’ Wachira said

KALRO has been able to address priority constraints to ensure that nuts play their rightful role in the agriculture sector with the current macadamia research being conducted at Thika, cashew nut at Mtwapa, groundnut research at Kakamega and Kisii while coconut research is being undertaken in Mtwapa and Matuga. 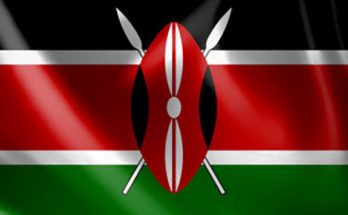 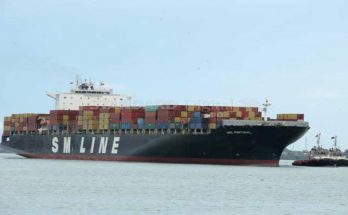 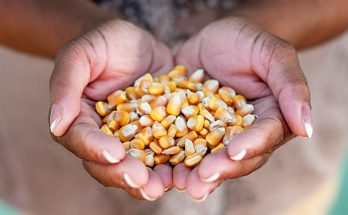