The small-scale irrigation systems installed by FAO in Kalungu are powered by solar photovoltaic energy, unlike traditional irrigation systems that use diesel-powered pumps. Farmers would be able to reduce their energy bills as well as their carbon dioxide emissions by using these machines.

Every irrigation system costs 260 million Ugandan shillings, or around $73,000, according to the FAO. The Global Climate Change Alliance Plus (GCCA+) was used to acquire the equipment. The plan, which is financed by the European Union (EU), aims to help vulnerable countries adapt to climate change. The EU also helps these countries fulfil their Paris Climate Agreement commitments through GCCA+, which was signed in 2015 at the 21st Conference of the Parties (COP21).

Agriculture continues to be an important environmental activity in Uganda, providing revenue, jobs, and livelihood opportunities to at least 40% of the population. FAO also plans to set up additional solar-powered irrigation systems throughout the Central Livestock Corridor districts of Mubende, Nakasongola, Luwero, Kiboga, Nakaseke, Sembabule, and Rakai to ensure food security in the East African region. 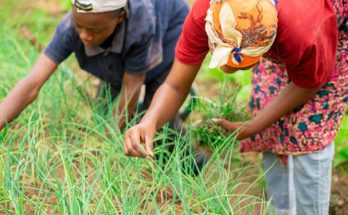