Following the completion and inauguration of a Sh1.5 billion medical complex at the Kilifi County Referral Hospital, medical services in Kilifi County experienced a significant improvement.

The complex, whose construction cost Sh885 million and which features cutting-edge medical equipment worth approximately Sh700 million, would provide services on par with some of the greatest private hospitals in Kenya, according to Governor Amason Jeffa Kingi.

Speaking after the complex was formally opened, Kingi claimed that the complex would provide vital medical services to Kilifi locals and put an end to the frequent referrals of patients to the Coast General Hospital and expensive private hospitals in the area.

In addition to 100 beds in general, private, and semi-private wards where patients will recover after receiving specialised services, Kingi said the complex also included an emergency and accident section, an intensive care unit, and a variety of minor and major surgery theatres.

The governor stated that there was never an emergency and accident section at the former Kilifi District Hospital, only a small room that was unable to provide accident victims with any useful services.

However, the emergency and accident area, which includes a small theatre to care for accident patients, now occupies the entire first floor of the new facility.

Since services are now provided here, I can declare with confidence that Kilifi is self-sufficient in the medical field, he added.

In order to get services that are available locally and at a lower cost, the governor invited the people of Kilifi County to use the facility rather than travelling to Mombasa and other locations.

“It will upset me tremendously if I see the citizens of Kilifi continuing to use other private hospitals after investing so much money in this project,” he added. “The cost of medical care here is quite low even though the service is of the highest quality.”

Kingi described how his search for specialised medical care in the county began while he was a young lawyer on field attachment. He had an accident and shattered his leg but was unable to receive the right care in Malindi and Kilifi, nearly losing one of his legs as a result.

Charles Karisa Dadu, a member of the Kilifi County Executive Committee responsible for health, stated that the project was being carried out in two parts, with the first phase costing around Sh496 million and the second phase costing approximately Sh389 million.

The County Government, the National Government through the Devolution Support Fund, and the Government of France, according to him, provided phase one with cutting-edge equipment worth roughly Sh700 million.

He listed a few of them: “These include machinery installed in the ICU, the Accident and Emergency wing, sterilisation facilities, and an oxygen plant.”

He claimed that phase two of the project’s development was also complete and that it will feature radiology capabilities, such as Computerized Tomography Scan (CT-Scan) and Magnetic Resonance Imaging (MRI) facilities, as well as cancer screening and treatment facilities.

“Experts have already assessed the rooms, and they are ready for usage. We anticipate beginning the process of purchasing the equipment, which we want to begin installing by September of this year, the official stated.

Residents applauded the county government for the initiative, led by Mkoka Kalume Mkoka and Kache Chengo, saying it will reduce the stress of having to go far to get specialized treatment. 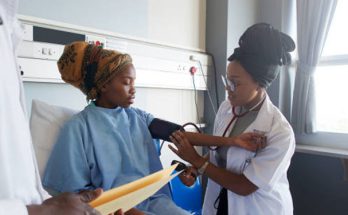 The Netherlands aims to enhance and support Nigeria’s healthcare systems. 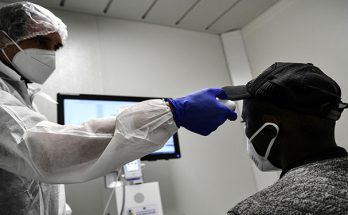 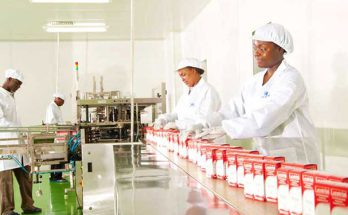 Makueni encouraged by KEMSA to establish a pharmaceutical industry.