In the current fiscal year, the Tanzania Investment Center (TIC) has registered a total of 235 projects, up from 219 projects in the previous fiscal year at the same period. Mr. Gerson Msigwa, Director of Information Services and Chief Government Spokesperson, stated on Sunday that notwithstanding the COVID-19 Pandemic, the investment climate has been favorable.

According to him, between March and August of this year, TIC registered a total of 133 projects, which are anticipated to produce 29,709 jobs when finished. “This is a rise over the previous year, when TIC recorded about 105 projects and produced 8,252 jobs over this time period,” he added.

According to the United Nations Conference on Trade and Development (UNCTAD 2020) World Investment Report, Tanzania received an investment of 1 billion US dollars, which is equivalent to 1,235 trillion/-, making Tanzania the leading source of valuable investment in East Africa, according to Mr. Msigwa.

He went on to say that the value of investment invested, according to TIC, from March to August is 2,98 billion US dollars, or about $7 trillion, compared to the same time last year, when the investment was 510 million US dollars.

“So, investment has risen significantly during this age; this year’s investment is huge in contrast to previous investments,” he stated.

Despite the COVID-19 pandemic, which has impacted economies throughout the world, TIC has continued to record both domestic and international investments in agriculture, construction, commerce, energy, infrastructure, financial institutions, human resources, industries, transportation, and tourism. 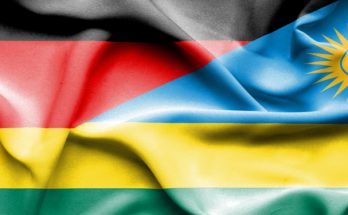